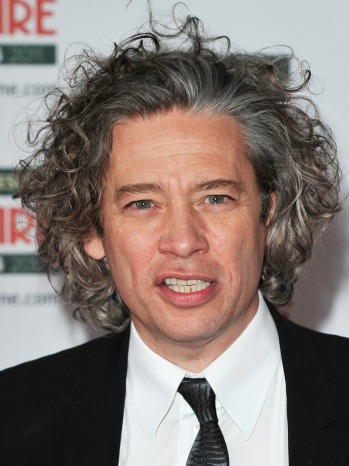 “We are really happy to see the musical being transformed into a film. The musical has a brilliant storyline and a great cast alongside a wealth of great talent behind the cameras. Our very best wishes go to all involved” Craig & Charlie Reid

LONDON & GLASGOW – 5th November, 2012 –DNA and Black Camel Pictures are delighted to announce that shooting for SUNSHINE ON LEITH began on 4th November 2012. The film will shoot for 6 weeks in and around the cities of Edinburgh and Glasgow, Scotland.

This universally appealing contemporary musical is set in Scotland and imaginatively features the legendary music of The Proclaimers to tell amoving and uplifting story.

Written and adapted by Stephen Greenhorn from his hugely successful and critically acclaimed stage musical of the same name, SUNSHINE ON LEITH is directed by Dexter Fletcher (Wild Bill) and produced by Andrew Macdonald and Allon Reich from DNA, and Arabella Page Croft and Kieran Parker from Black Camel Pictures.

Director, Dexter Fletcher said “With Sunshine on Leith we really have something special that will put smiles on the most hardened faces.Great songs, a wonderful cast and a lot of heart will create our sunshine world.”

Producer, Andrew Macdonald said “We are thrilled to be working on Stephen Greenhorn’s wonderful adaptation along with Dexter and such a great cast. It’s particularly exciting for me to be back producing a film in Scotland for the first time since Trainspotting.”

Black Camel Pictures said “Sunshine is a foot tapping feel good project that is blessed with terrific partners on its journey from script to screen. Stephen’s heartwarming script and The Proclaimer’s uplifting soundtrack allowed Black Camel to attract strong producing partners in DNA with the support of Entertainment, Creative Scotland and BFI. It’s a fantasticfilmmaking opportunity for Black Camel and for Scotland.”

Caroline Parkinson, Director of Creative Development at Creative Scotland, said;  “We are delighted to see the realisation of this exciting film and proud to have supported its development and production though our investment in Black Camel Pictures. It features a wealth of Scottish talent from writers, actors, craft and technical crew, not to mention showcasing the musical talent of The Proclaimers.”

About DNA Films
DNA is run by Andrew Macdonald and hisproducing partner Allon Reich and is one of the UK’s most successful production companies. Productions include Dredd, Never Let Me Go, The Last King of Scotland, Notes on a Scandal, 28 Weeks Later, 28 Days Later, Sunshine, The Beach, Trainspotting and Shallow Grave.

The BFI Film Fund champions creative excellence and boldness of vision, supporting filmmakers at every step of their journey to create distinctive and entertaining films.

The BFI is the lead body for film in the UK with the ambition to create a flourishing film environment in which innovation, opportunity and creativity can thrive by:

Creative Scotland is the national development agency for the arts, screen and creative industries. We will invest almost £83m of Scottish Government and National Lottery funding during 2012-2013. Our vision is: That Scotland is recognised as a leading creative nation – one that attracts, develops and retains talent, where the arts and the creative industries aresupported and celebrated and their economic contribution fully captured, a nation where the arts and creativity play a central part in the lives, education and well-being of our population. www.creativescotland.com