THANK YOU MELROSE & THE BORDERS! 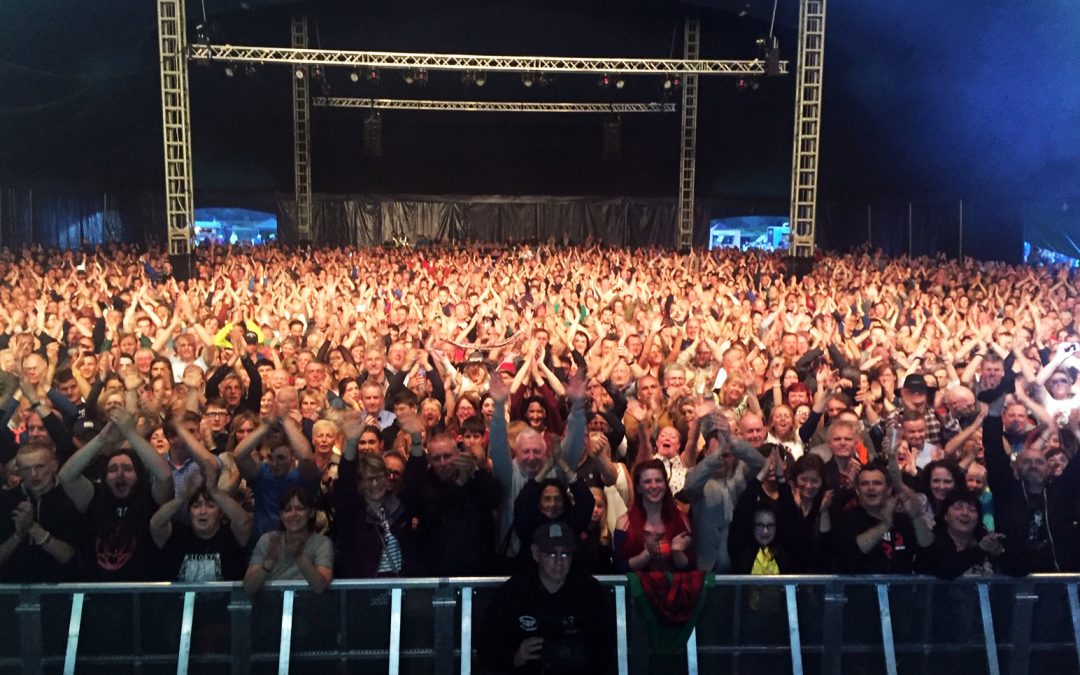 Many thanks to everyone in the 4,500 crowd who attended our Melrose show it was an incredible welcome back to Scotland.
ITV News report – https://vimeo.com/342600570
The Scotsman –
Playing the first of four Scottish summer dates which take in Inverness’s Bught Park and culminate in two nights at Edinburgh Castle in July, The Proclaimers’ first visit to the Borders in a number of years had the feel of a mini-festival about it.
The Proclaimers, Melrose Rugby Club
One of the large tents that used to see action every year at T in the Park was pressed into service, although the weather didn’t demand it in the end, while a well-chosen quartet of supports included Fatherson and Be Charlotte.
With the Borders Book Festival happening barely half a mile away, small but scenic Melrose had the rare honour of considering itself Scotland’s cultural centre for one night only, and the Reid brothers’ contribution to that was as reliably efficient and euphoric as ever.
Led in a singalong of Neil Diamond’s Sweet Caroline moments before the band took to the stage, the thousands-strong crowd had been simmering since mid-afternoon, and while the title track of new album Angry Cyclist was a somewhat muted opener, its lyrics taking accurate aim at an age of anger, the following trio of There’s a Touch, Over and Done With and Letter From America built momentum fast.
What followed was one of the finest – if most underrated – greatest hits sets of their time. In evidence, of the nearly two dozen songs played, the vast majority were so familiar to the crowd that almost all could sing along with a spirit of life-defining enthusiasm; whether they were celebrating enduring romance with Let’s Get Married, Life With You or Then I Met You; shared political beliefs with the Reids on Cap in Hand; or shared love of the east of Edinburgh with Sunshine on Leith, heavily assisted by violin and the roar of the crowd.
← Previous News Next News →