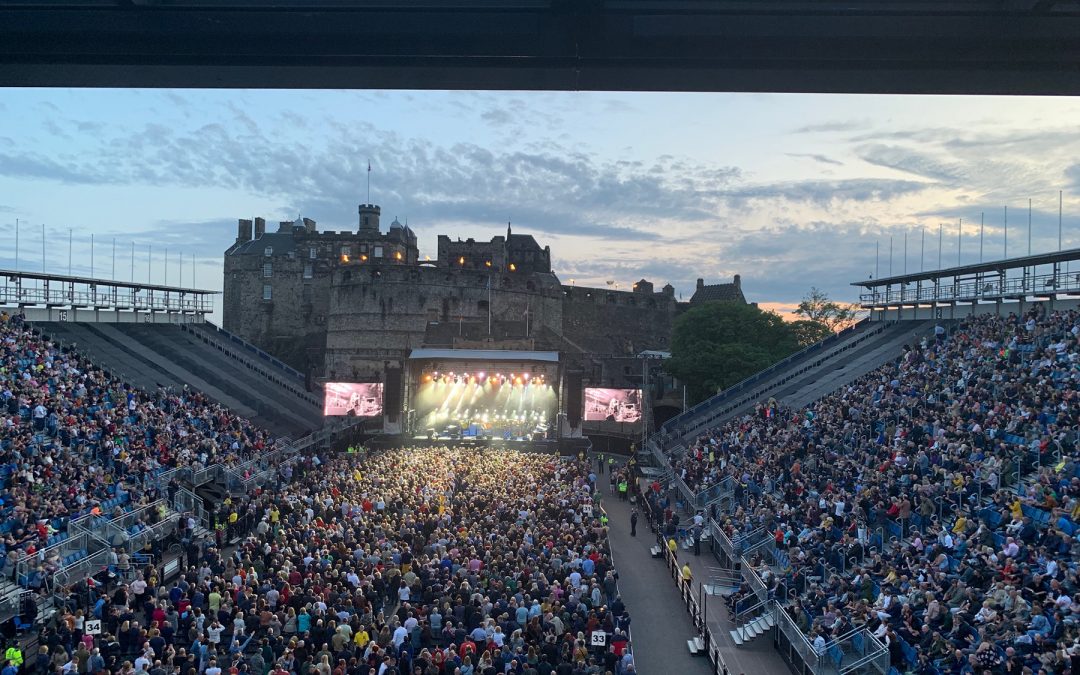 The Angry Cyclist World tour rolls back into Edinburgh this weekend with 2 sell-out shows on Saturday 20th and Sunday 21st July.
Gates open at 18.45, Special Guests Be Charlotte are on at 20.00 and The Proclaimers 21.00
Filming Scotland are filming on both nights for a short documentary centered around the anthem that is Sunshine On Leith. Here is a request they have for those who are attending either of the shows.
It’s played at weddings funerals and ‘occasionally’ at football matches. This weekend under the night sky in front of the castle rock The Proclaimers are filming a unique documentary film about one of their most famous songs ‘Sunshine on Leith’ and we want you to be part of it. We want to shoot this song and what it means to fans of the band. To add to this film we would like to build up a bank of fan footage. So, when the song starts we want you to film it on your camera phone, if you could do it landscape (sideways) that would be great and send it in to us. You don’t need to film the whole thing, after all you are here to enjoy the show, but even if it is 20-30 seconds of the song, the crowd that’ll be great, or even better feel free to turn the camera on you and your nearest as you belt out a classic under the castle lights.
Send your recording to – filmingscotlandsales@gmail.com
← Previous News Next News →