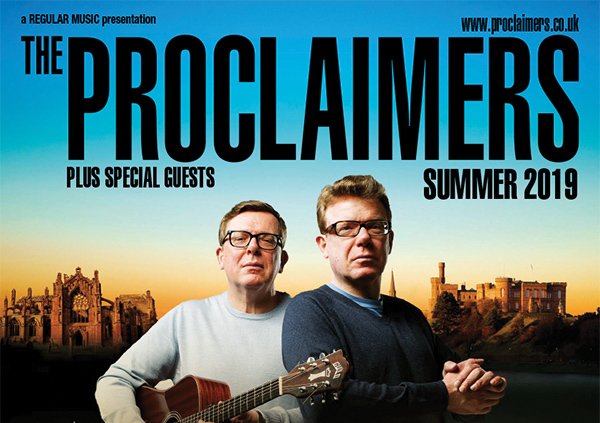 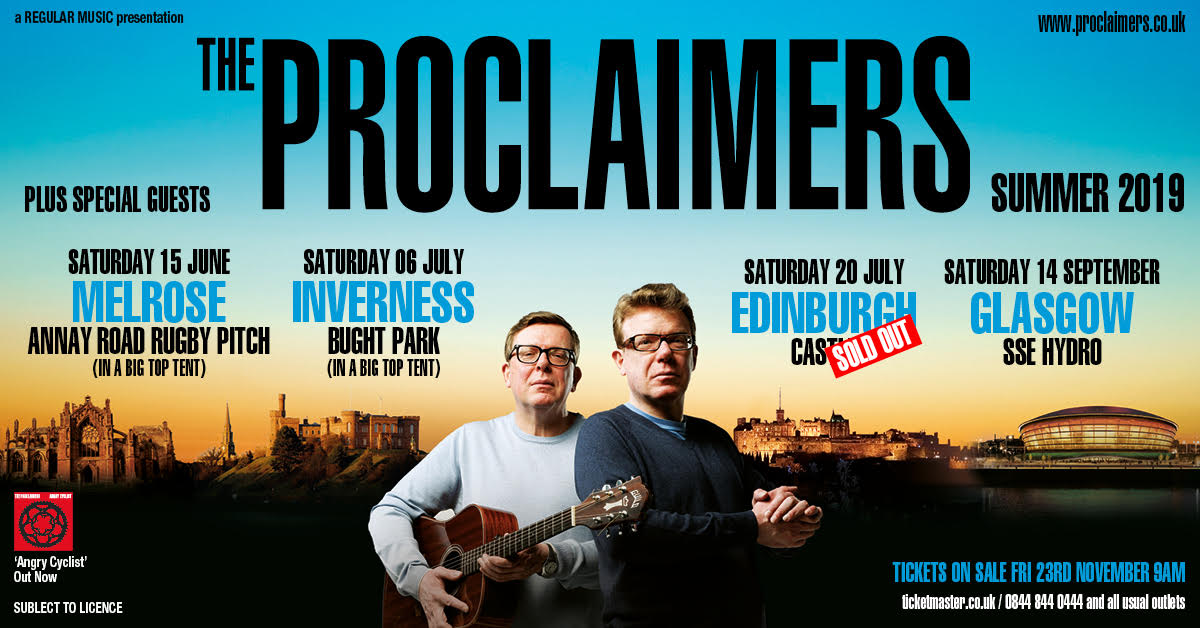 The Big top events in Melrose and Inverness will see gates opening at 3.00pm, with three support acts (to be announced shortly) beginning at 4.30pm , interspersed with a DJ and The Proclaimers on stage at 8.00pm. There will be a Local & Artisan Food Village, other stalls and licensed bars on sites.

ALL TICKETS GO ON SALE FRIDAY 23 NOVEMBER AT 9AM
Craig and Charlie said: “We are looking forward immensely to coming home during the summer for four major Scottish shows. The atmosphere in Scotland is unique and the whole band looks forward to the concerts.”
“It’s our first major show in the Borders for several years, great to be returning to Bught Park and the Highlands audience, our first show back in the Castle for many years and also going back to the Hydro and closing our Angry Cyclist World tour with the final show in Glasgow.”
2019 will also see concerts so far confirmed for Iceland, Dubai, Singapore, New Zealand, Australia, Norway and further summer festivals and shows in the UK.
Tickets for The Proclaimers 2019 Scottish summer shows go on general sale on
Friday 23rd November 2018 at 9 am.
www.ticketmaster.co.uk
0844 844 0444
To help prevent ticket resale, lead bookers names will be printed on tickets and ID required on the night.
← Previous News Next News →