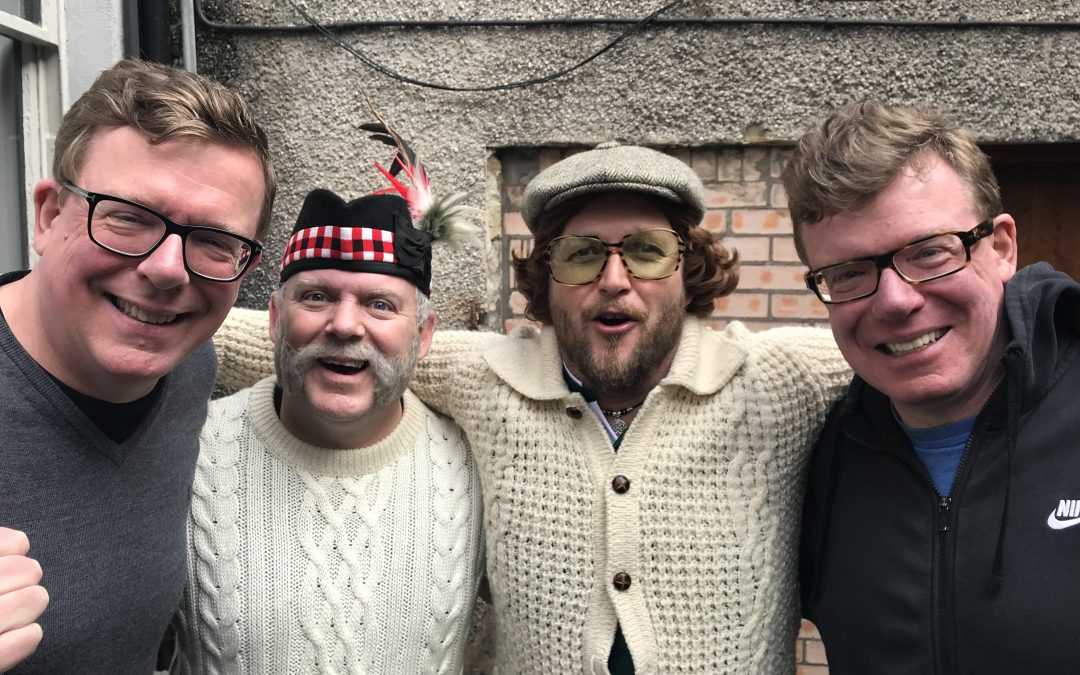 BBC iPlayer (Not suitable for children)
Craig and Charlie appear in Episode 3 as Scottish music legends Bridge & Allen return to the scene after an absence of 40 years. Icons of the 1970s international folk scene, Alan Allen and Duncan Bridge unexpectedly ‘retired’ in 1978 at the height of their fame. An inspiration for a generation of musicians, Bridge & Allen mark their return by granting BBC Scotland an access-all area series as they record their much anticipated comeback album of duets.
https://www.bbc.co.uk/iplayer/episode/p077g70l/bridge-allen-together-again-series-1-episode-3
← Previous News Next News →