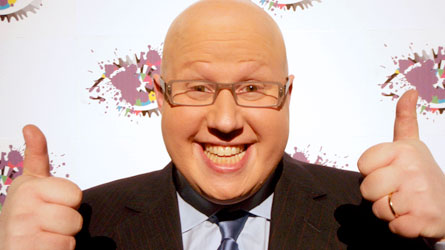 The Proclaimers are thrilled to confirm that Matt Lucas makes his director’s debut shortly on the video for the forthcoming single ‘Spinning Around In The Air’ (UK release 30th April) taken from the album ‘Like Comedy’ which is released internationally by Cooking Vinyl on 7th May (SLG release for North America).

Craig and Charlie commented “We are absolutely delighted to work with Matt again, he is one of the funniest and most creative brains in comedy in the World at the moment. It is a great honour and opportunity and we can’t wait to get started.“