THE PROCLAIMERS – THEN IT COMES TO ME VIDEO 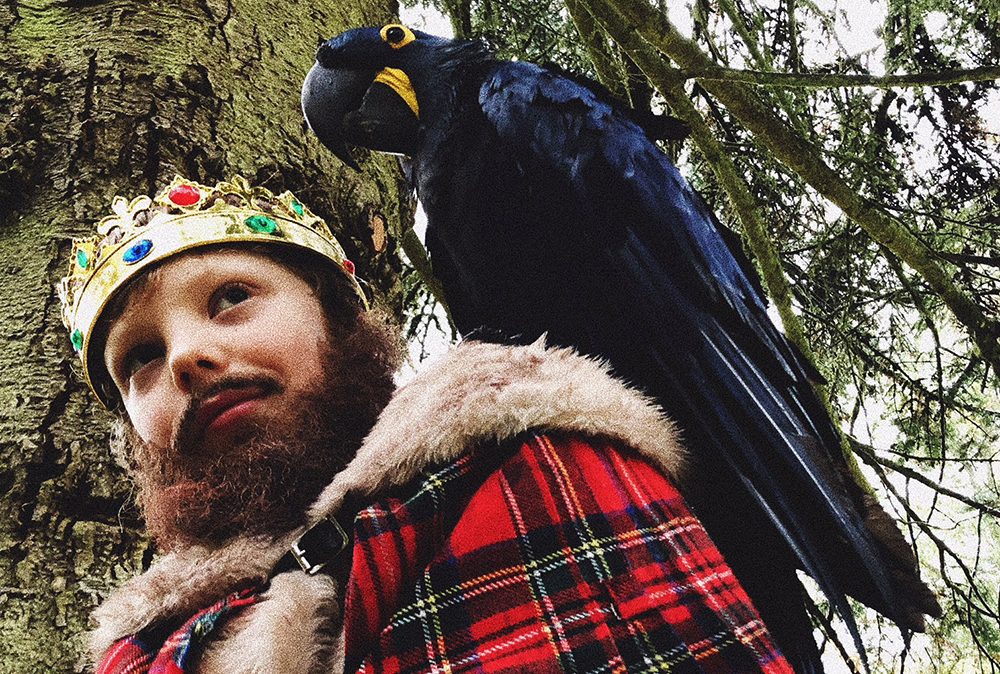 Having teamed up with rapidly rising star director Rianne White for the lead track ‘Angry Cyclist and then ‘Streets of Edinburgh’ videos, Craig and Charlie Reid are thrilled to have Rianne on board again with her latest visual creation.

For the ‘Then It Comes To Me’ video, Rianne shot entirely on iPhone and enters the imaginary World of our star, 10-year-old Curtis Burnett, transporting him from a cardboard castle in his Edinburgh back garden to the Perthshire settings of Loch Benachally, the Baronial estate of Blackcraig Castle and The Enchanted Forest, Faskally Wood, Pitlochry. We follow his adventures, interacting with the landscapes and the incredible Bribiba Irish Wolfhounds along with a magnificent Hyacinth Macaw parrot, ‘Buster’.

Rianne commented – “Then It Comes To Me is an adventure following a young boys imagination, inspired by the kingdom he creates within his back garden. I wanted to experiment with the idea of taking loved toy companions into a world where they become real, infused with a Scottish landscape and beasts of the wild. It has been an incredible project to work with a skeleton crew of treasured individuals to bring this to life. There are no limits to the imagination, forever Scottish, forever Proclaimers!”