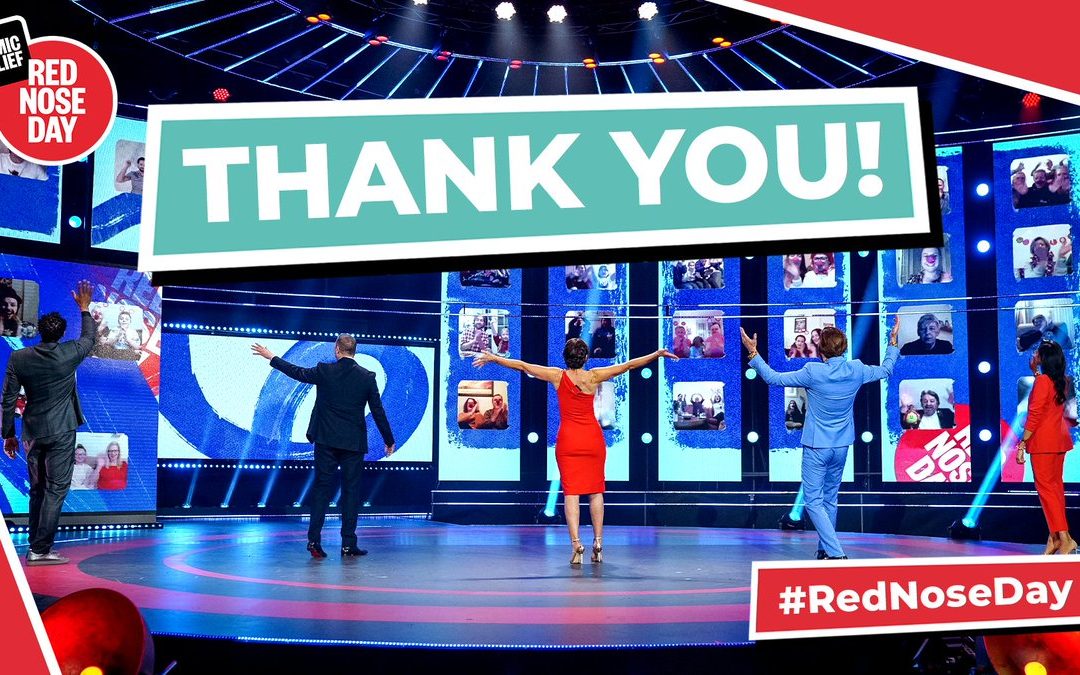 Founder of the charity, Richard Curtis was inspired to use Sunshine on Leith in the broadcast to help in raising money for crucial things made ever worse by the pandemic – homelessness, domestic violence, hunger, mental health – while also acknowledging the joy and love we’re all capable of and the dreadful sorrow that so many people have been going through.

It’s a poignant and deeply moving 4-minute clip combining Sunshine on Leith with live footage from Edinburgh Castle (2019) from White Stag Films short movie ‘My Room on This Earth’  and T In The Park (2015). Mixed in are four fantastic choirs from Fochabers, South Queensferry, Leith and London merged with news clips from the past 12 months.

Make a difference, donate at – https://www.bbc.co.uk/programmes/articles/5zMqDJtY1XQmF2dTZPYBwkh/comic-relief