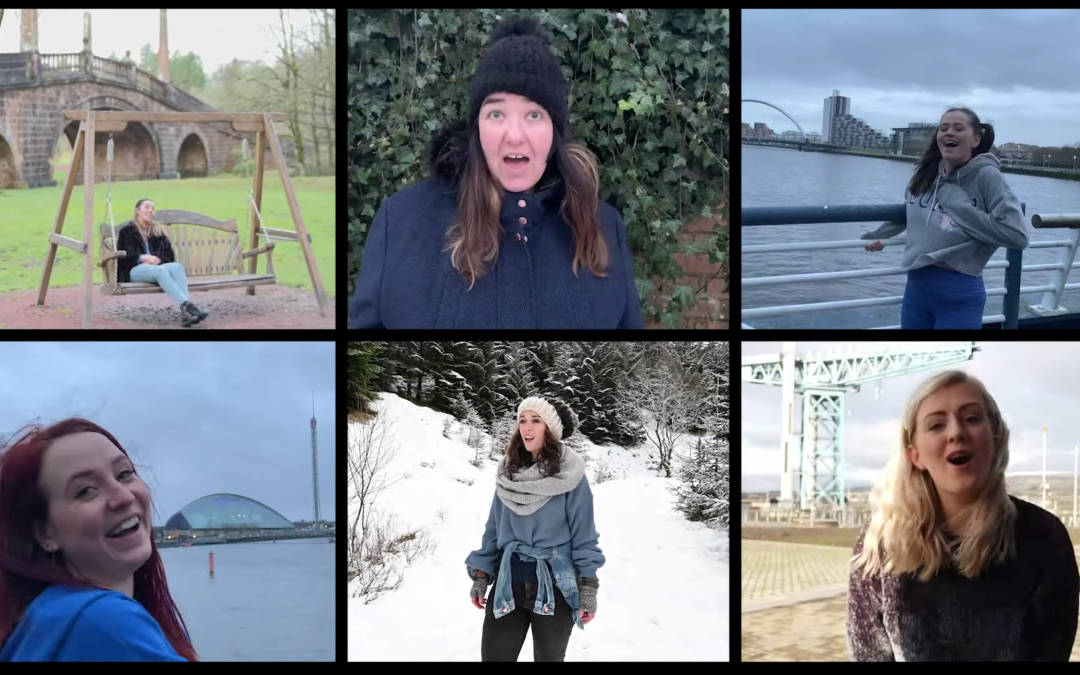 for their fantastic performances and ingenuity, creating this brilliant musical short film during such a trying time.

Sunshine tells a poignant and uplifting story, where we dream about a return to performance together. For so many in the arts community, the possibility of coming together again as cast and crew was an unknown as we returned to UK Wide lockdowns at the end of 2020. Now in April 2021, there’s positive hope.  Ultimately, we realise in Sunshine that although we’re still unable to perform together in person, we can continue to create together in a socially distanced way and share with each other the happiness and positivity that performance can bring.

Sunshine Producer and Pantheon President, David Robertson shared “This has been an amazing project. The singing has all been recorded in the cast’s homes and all brought together to produce this fantastic soundtrack. Most of the filming then had to be done by the cast on their own and we then had to edit everything together in a cohesive way to tell our story. The final product is a joy to watch and something we are very proud of.”

Pantheon are Glasgow’s leading non-profit theatre company usually staging successful shows in the King’s Theatre or Theatre Royal as well as other venues across the city throughout the year.

As a charity whose purpose is to promote musical theatre and the arts, the Covid-19 pandemic brought the cancellation of three major productions which the company were scheduled to perform in the Theatre Royal in Glasgow.

Sunshine has given the cast and freelancers usually engaged in their productions an opportunity to continue to be creative, work together and capture a unique moment in our history.