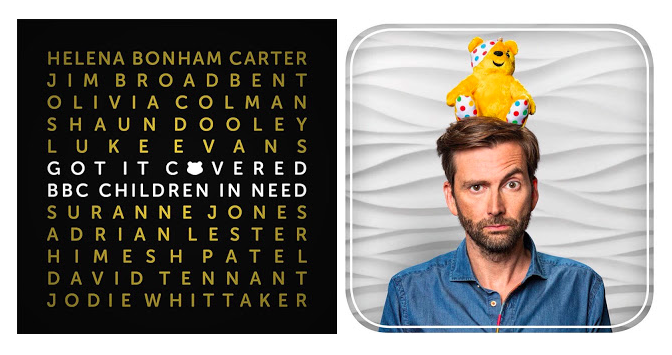 What was it that made you want to take part in BBC Children In Need?

Well this is the brain child of Shaun Dooley, who is an actor I first met on Broadchurch as did Olivia Colman and Jodie Whittaker. We have all been grabbed into this project by Shaun.

It was his idea, it was his brain child and he and his wife Polly have put it together. It’s for Children In Need so when the call comes it’s like national service, isn’t it, you don’t say no.

Why did you choose your song and what does it mean to you?

Well I had a few ideas of the song I might do but as soon as I suggested Sunshine On Leith by The Proclaimers, it seemed to be set in stone and everybody was very keen that we stick with that and it’s been a very important song for me.

Of course that’s a different challenge from actually having to perform it and make it sound okay but luckily we have Guy Chambers and his very clever mixing desk which will hopefully make me sound, if not like a professional singer then at least not unlike a very unprofessional actor.

How have you found the task of swapping your everyday acting job for singing in the spotlight?

I was quite blasé about it in the run up. I think I was, well I know I was, in denial about it to be honest. I wasn’t really confronting the reality of coming and singing on my own, in front of people who know what singing is supposed to sound like. When I arrived, the nerves descended and it took me quite a few goes in front of the mic to not be trembling in my voice. I don’t know if I ever managed it entirely but it was scary, it was intense. I felt quite drained by the end of it.