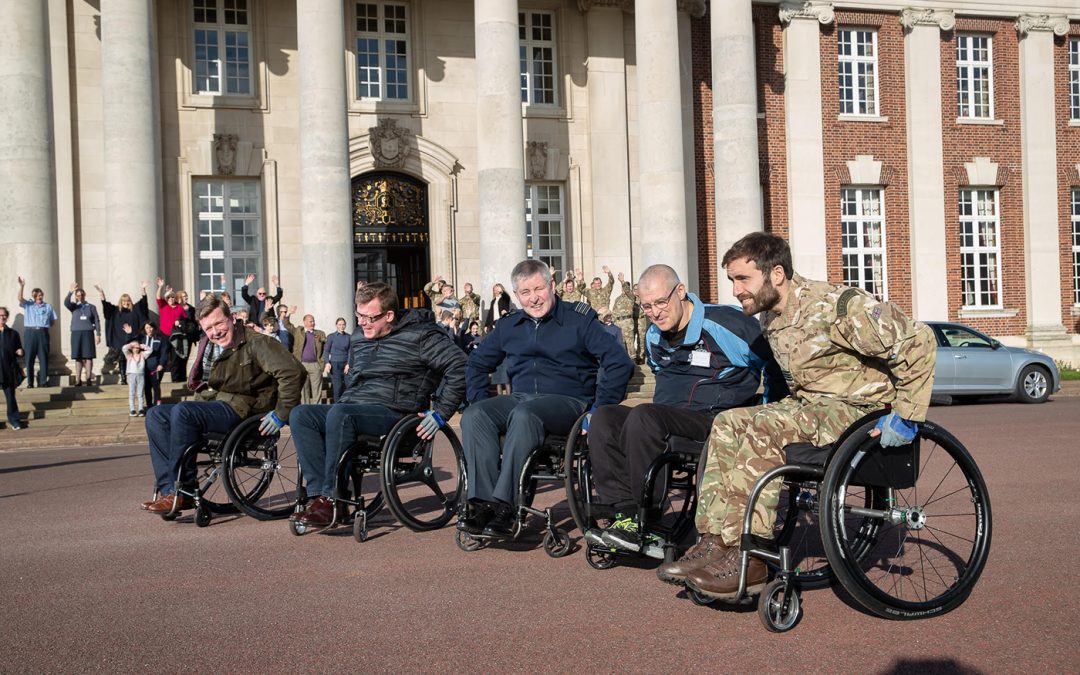 Inspirational RAF veteran Sean Allerton started his latest “Push 500” event at RAF College Cranwell on  28th October 2019. The challenge started with Sean and The Proclaimer’s pushing the first few miles in front of the majestic College Hall Officer’s Mess.  Each lap of The Orange is a third of a mile and Sean completed a total of 16 laps.

Sean, 54, from Yorkshire is a volunteer with the RAF Air Cadets and 2434 (Church Fenton). Tragically, Sean lost the use of his legs in a road traffic collision whilst on duty in Cyprus, 26 years ago.  He spent 50 weeks in hospital with a broken neck. Against all odds he won a flying scholarship in 2011 training towards his private pilot’s licence.  He flew solo on the last day of his scholarship.

Craig and Charlie have been supporters for many years and said “We had a great day at the base. Sean is an inspiring man and it was our privilege to be there.” 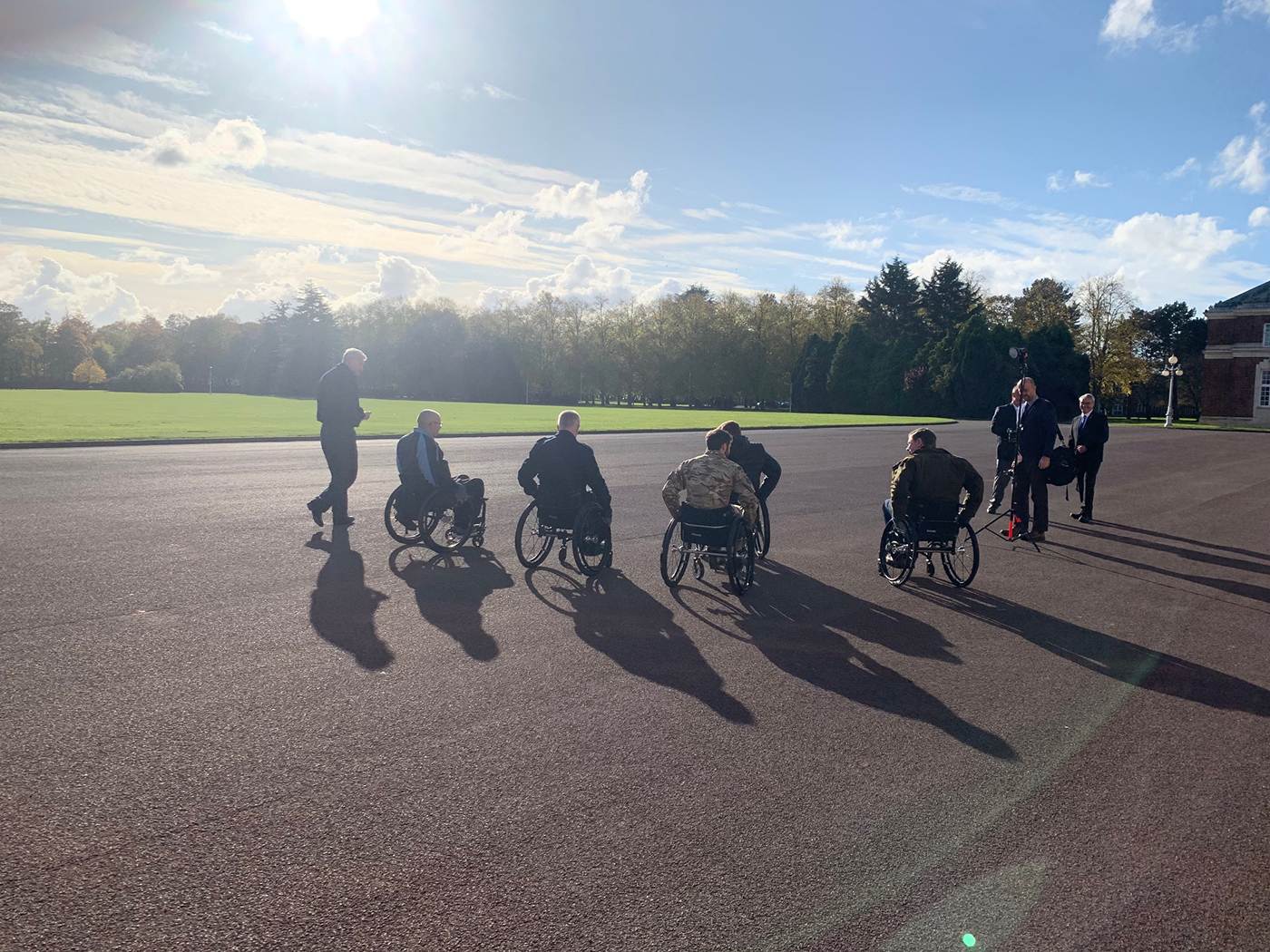 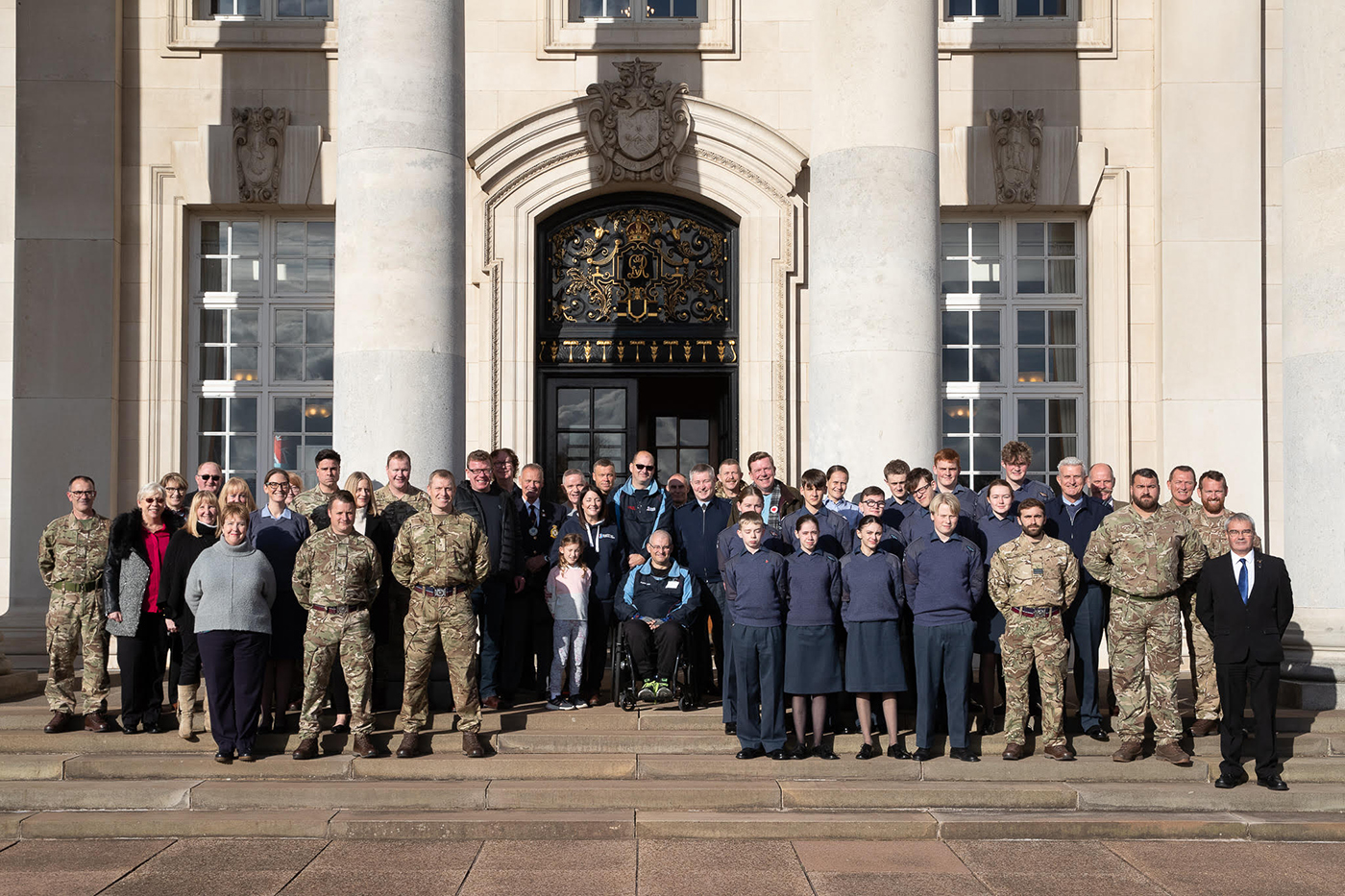